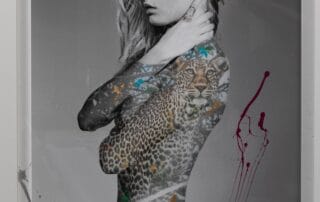 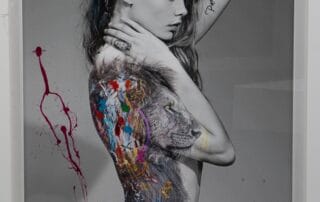 Born in Paris, Arno Elias is a French American artist, Photographer, Musician, and Activist. He is best known for his hand-painted, hand-embellished photographs of endangered species and indigenous peoples, both of whom have been devastated by the impacts of industrialization.

Elias is also a music composer and singer known globally for his productions and compositions of Buddha Bar Music. He also composed the Musical Score for the United Nations Organization in New-York, a Campaign for UNICEF called “For every Child” with recording artist Shakira. Elias was chosen by Brigitte Bardot to compose music for the Brigitte Bardot Foundation, which was created to help protect animals from abuse.

Arno Elias’ artwork has been exhibited globally and have been featured in numerous art fairs throughout North America and Europe.

Elias launched the global campaign I’m Not A Trophy, dedicated to creating greater awareness for the rapid extinction of endangered species around the world. Featuring Supermodel and Actress Cara Delevingne as the first-ever Brand Ambassador, the campaign awareness initiative achieved world-wide recognition. In September 2019, Elias was invited to the 74th Session of the United Nations General Assembly on the topic of animal welfare and sustainable development.