A born and raised Native Austonian, Jenna Marie is a twenty-seven-year-old Multimedia Artist and Designer alumna from the School of Art Institute of Chicago. There she spent four years in Chicago and earned her BFA in Painting and Graphic designing. She enjoys exploring the realms of new creations by mixing different elements of mediums into expressions of art.

“I believe that there is power within using diverse mediums. It’s about being a rebel, having fun, and breaking the norm to truly express yourself using all of the elements no matter how different. A sort of anti “divide and conquer” mantra, and instead of using the idea of “uniting to release” into a new style that is composed of all different forms of media.”

From designing art forms digitally, to painting: Jenna’s particular style is a surrealist mixture of exploring the abstract distortions of nature and reality. Native American, Fantasy, and Gothic hints are indicated in her paintings. Some of her newer pieces have been based on her interest in quantum physics, metaphysics, multiverse theories, lucid dreaming, and astral projection. She loves mixing up oils, acrylics, pastels, encaustic paints into one piece and is fascinated with playing with different forms of textures to manipulate her art. She is interested in the glitch aspect and wants to experiment more with that within her work, as she finds beauty in distortions and imperfections. Jenna often uses the colors red and black—red is the first color the brain recognizes and black is no color at all—a contrast that she hopes causes a bolder, more passionate reaction to her art.
She has attended burning man for several years and was on the Pulse Portal team to help create the archway sculpture for center camp. She finds much of her inspiration from meeting the many unique and talented other artists in life along with similar art festivals from all over the world. Some of her other influences include Gerhard Richter, Trent Reznor, Julius Horsthuis, Vladimir Kush, Alex Grey, and many more…

“The purpose of art is washing the dust of daily life off our souls.”
-Pablo Picasso 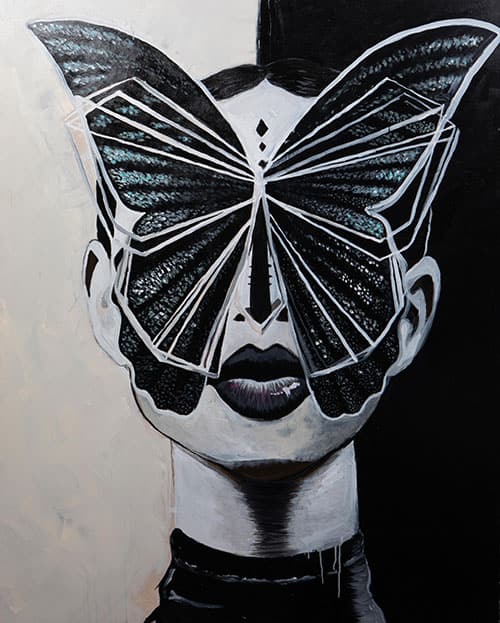 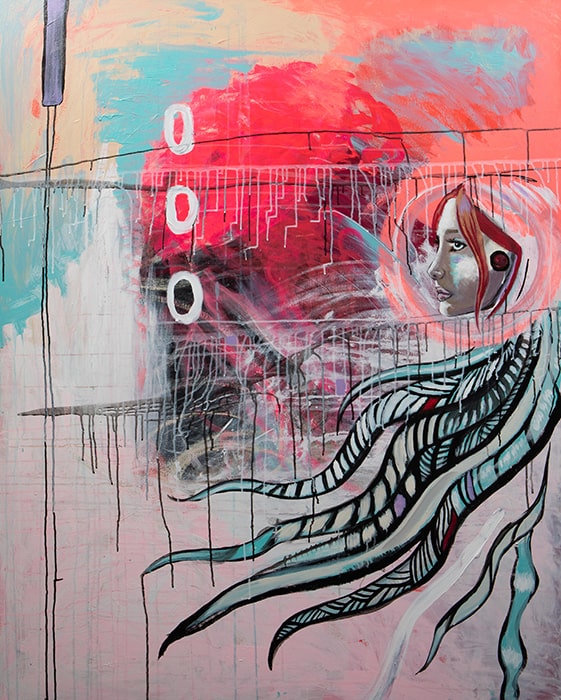 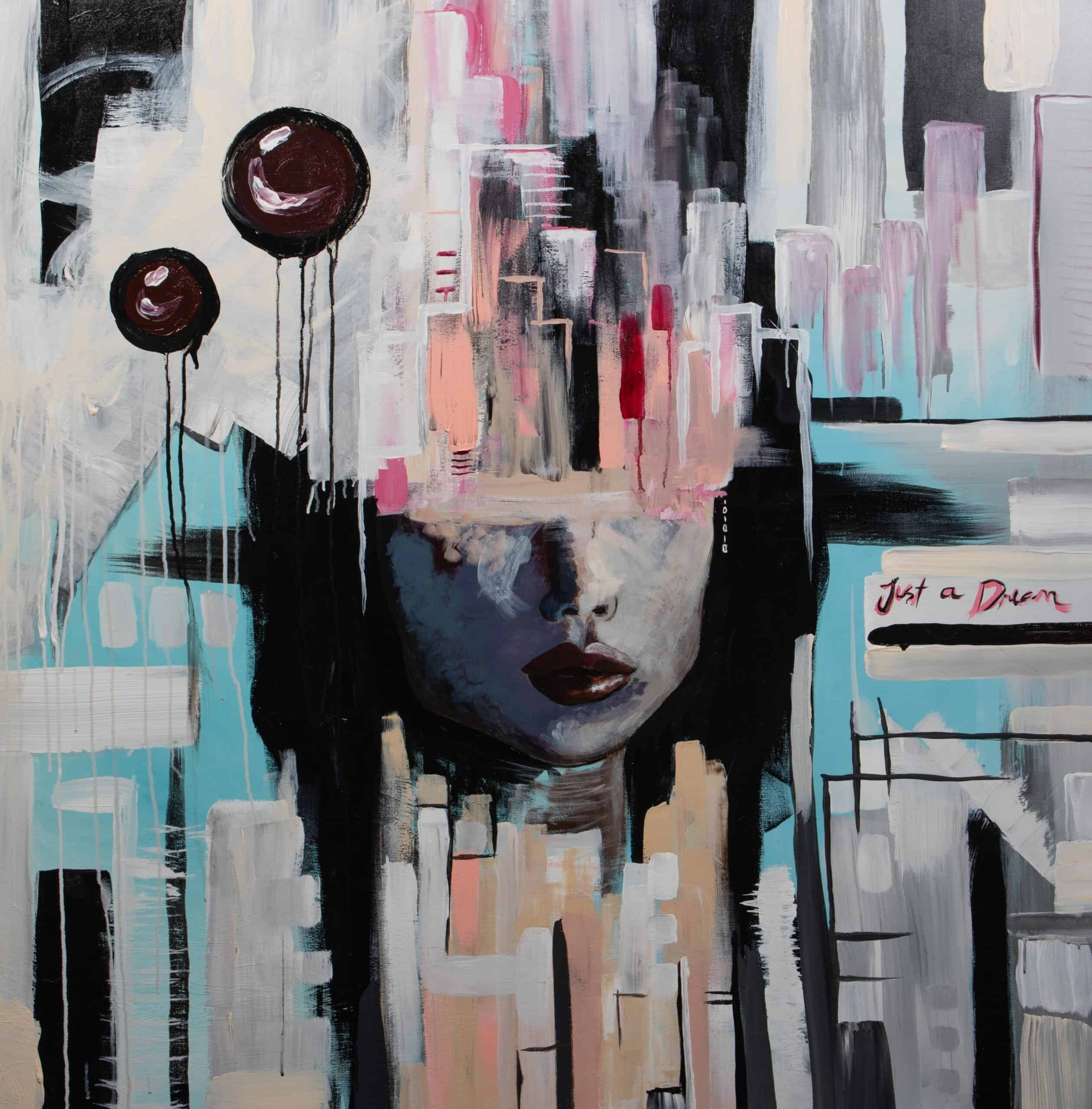 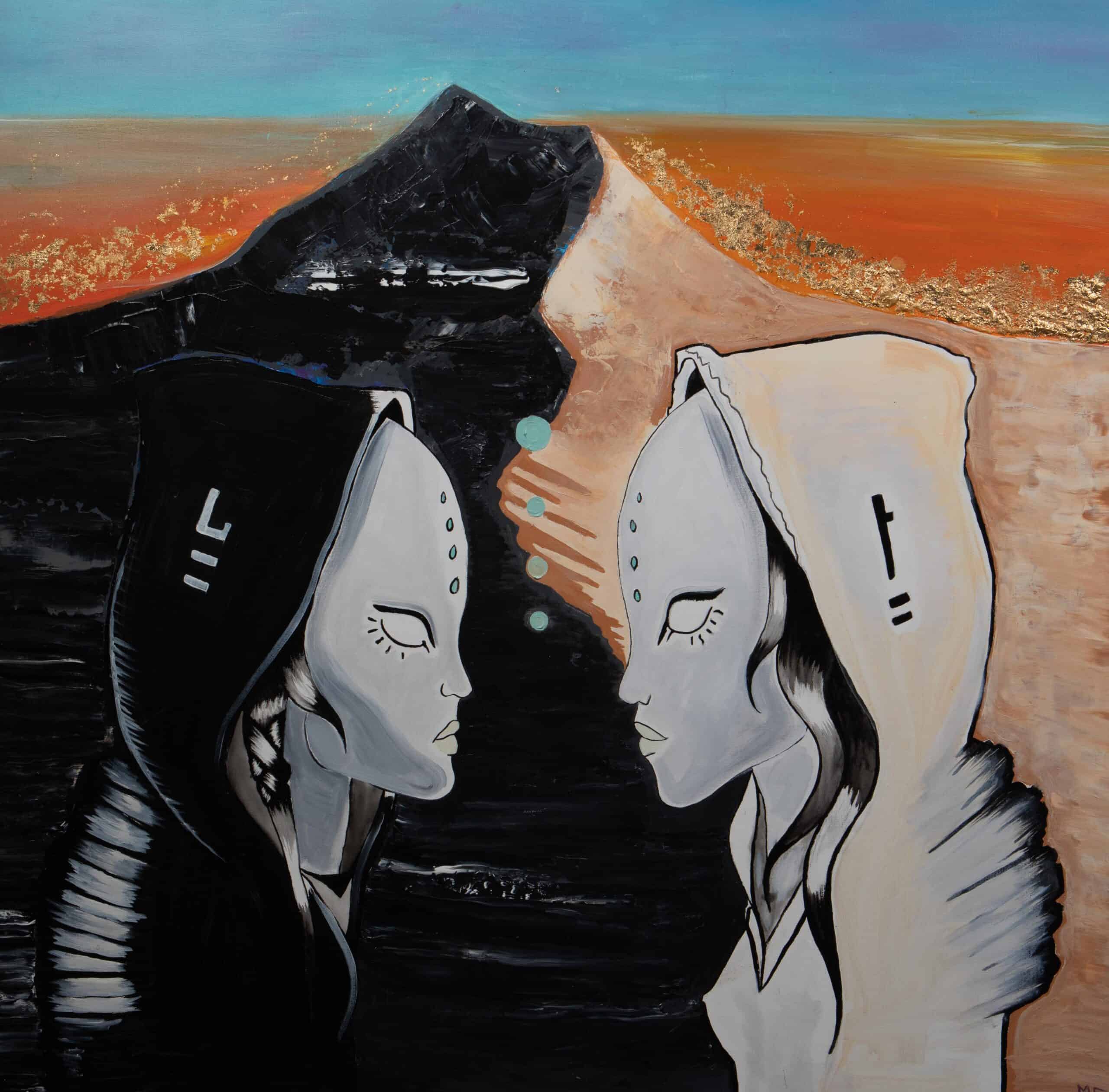 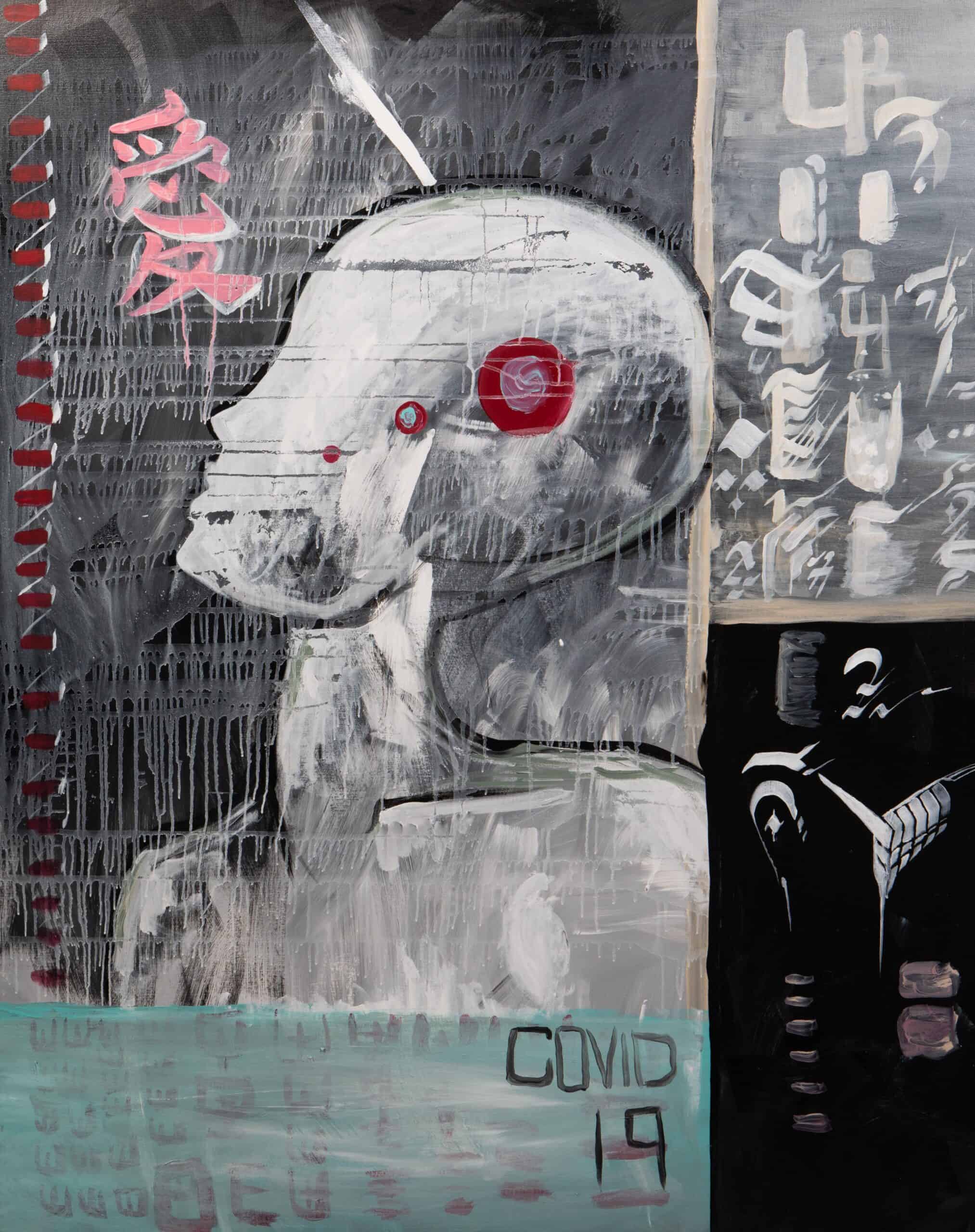