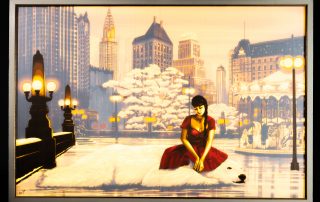 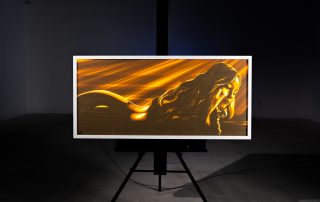 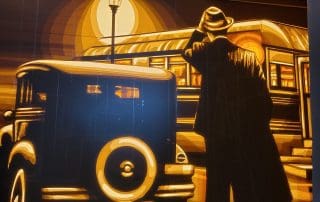 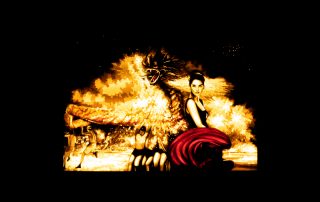 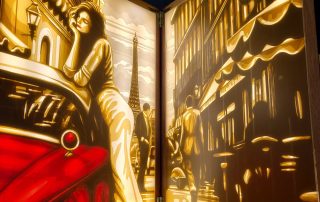 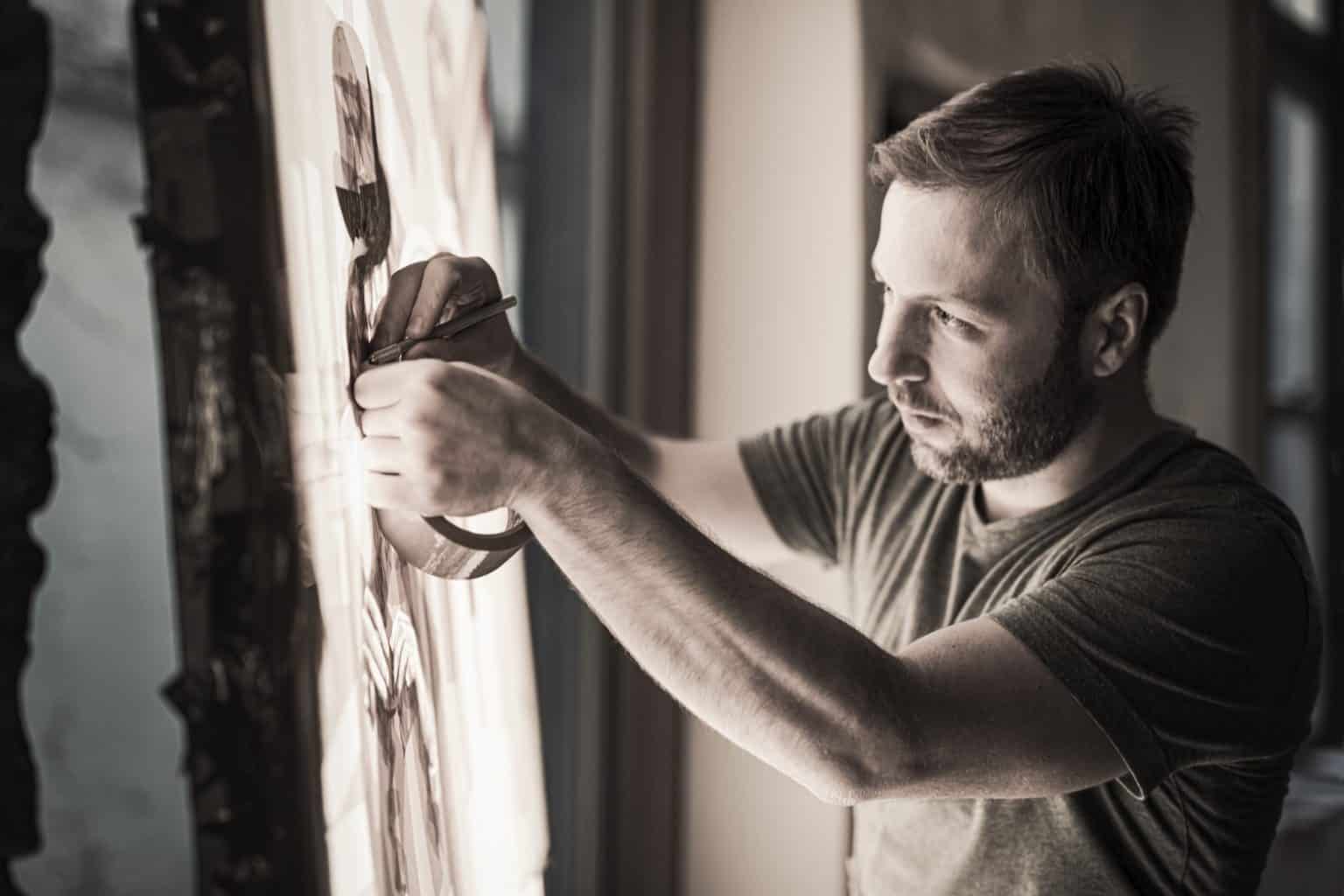 Max Zorn is a Dutch artist who has been active in street art at night and urban art since May 2011. His style is notable for its use of brown packing tape as a medium and cutting on acrylic glass with a scalpel to create portraits that need lighting from behind to be seen.

Zorn’s settings and themes are influenced by a combination of classic novels, nostalgic history, and film noir blended together by sepia tones of brown tape illuminated from behind. Zorn says he also finds inspiration from characters in novels produced by writers from The Lost Generation specifically Ernest Hemingway, John Steinbeck, and Tom Wolfe. His fascination with American cityscapes began as a child when his bedroom wallpaper was the New York City skyline.

Max Zorn is the founder and creator of the project Stick Together, an online game that spreads street art around the world for free. In 2012 Stick Together became the official name of the in-house gallery that has exclusive access to Max Zorn artworks and at times doubles as an artist agency and representative. Based in Amsterdam, Stick Together Gallery also exhibits online and with art fairs globally.

Max is currently preparing for a museum show with the Erarta Museum in St. Petersburg / Russia in spring 2022.

2019 “Paris Afternoon” (in a vintage cigar box) by Max Zorn is exhibited at the Stick Together Gallery booth inside the SCOPE Miami art fair during Art Miami Week.

2016 In collaboration with Scotch Tape, Max Zorn creates the largest outdoor tape art installation ever made out of brown packing tape. It’s a 40-square-foot freestanding illuminated artwork titled “Huckleberry” for the South By Southwest festival in Austin, Texas.

2012 Zorn’s first solo show is held in downtown Paris in a vintage ballroom.