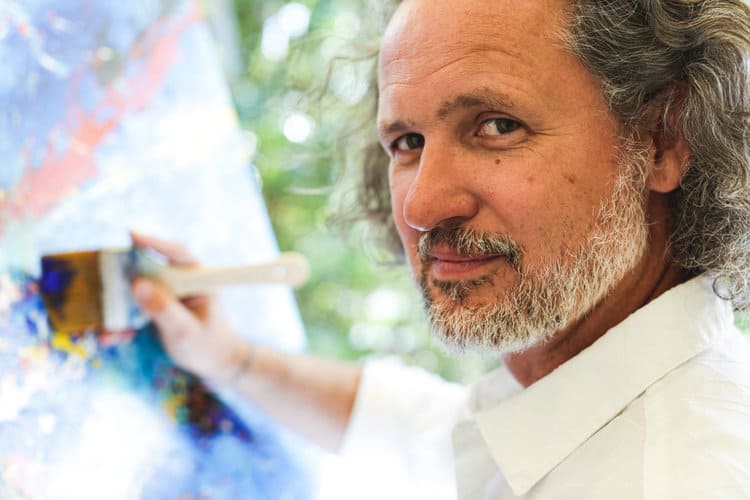 Taft McWhorter has been exhibiting his contemporary art for 15 years, amassing a dedicated group of over 700 local and international collectors. He was named one of the Top10 Artists in Houston in 2014 by the Houston Press. Taft also made the list of Houston’s 40 Most Fascinating People by the Houston Chronicle in 2015 for his philanthropic efforts.

Taft and his wife, Dana, have raised over $700,000 over the last decade by donating artwork. With over 100 exhibits under his belt, his work has now arrived on the international Art Fair stage. Taft’s large-scale work is the centerpiece of the lobbies in both the JW Marriott Hotel and West in Hotel in Houston. Taft has private studios in Los Angeles and Houston.

The debut of 20′ tall sculpture, titled “Pursue Your Passion”

Named one of Houston’s 40 Most Fascinating People, Houston Chronicle

Selected as one of the Top Ten Painters in Houston, Houston Press